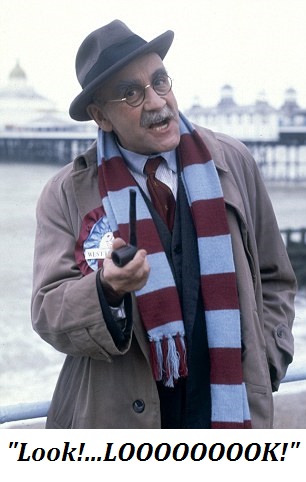 written by Lord Garfield of Hoadley

Edited by Baron Clivey of Dee, 19.

Typical Tory ain’t he, that David Cameron? He don’t want no immigrants on the manor despite all the good they do for the bloody country!  What the bleedin’ hell does he know abart it eh? We East Enders have looked after the bloody immigrants since time began and we done it out of the goodness of our ‘earts too!

Take your bloody Huguenots for example. They came over, and we took them into our homes without a thought for our own safety. Mind you, we didn’t like the garlic, so we moved them on.

Then there was yer Jews of course. They did a nice hot beef sandwich, so we let them stay a bit longer. After that, we had your Asians swarming in. We knew they had nowhere to go so we had them over here in the East End, can’t get rid of the buggers now mind you.

Right, I’m off to me council meeting to approve Pakistani Pat’s drinks license.

To see him put all his clothes back on, please follow

Thank you. That will be all.

This one comes courtesy of my friends at Dafty News, who regularly expose their 30,000 readers to my inept and risible output. They still haven’t paid me mind!

Most fans are aged between 40 and 49 and still live with their parents, who feed them and pay for their Broadband.

Derek from Oxfordshire,  invited our reporter into his home where the 48-year-old long-term unemployed man’s bedroom resembled that of a substance-abusing teenager’s.

He proudly showed us his Game of Thrones bedspread and matching lampshade and slippers.

He said of his obsession: “I am one of life’s complete and utter failures. I can’t hold down a job, I can’t find a woman and I have no prospects in life whatsoever. This is the reason I like Game of Thrones.”

The statistical sales figures for DVD purchasing and TV show viewing were not available for analysis, but an inside source said of the find: “These statistics are bang on, and, although I am not allowed to say it –  Game of Thrones is perfect viewing for middle-aged no- hoper men who are scared to go to sleep with the light out and have midget fantasies.”

A weekly look at the world of painting and suchlike with our art expert: Gary “The Human Turps Rag” Hoadley

Vincent Willem Van Cough was born in Dutch a very long time ago.
As a young man, he liked to paint, and would often decorate his family home.
This caused some consternation, because his mum and dad didn’t like magnolia.
After travelling to the Hague and Paris, Vincent arrived in Isleworth, Middlesex.
His first job was painting lamp posts for the council, but this did not last long
because he kept falling off the ladder or setting fire to himself with the blow torch. He then found work as an art teacher at Holme Court, a school for young ladies. This lasted nine months, after which, he had it away on his toes following an unfortunate, childbirth incident..

Arriving back in Dutch, Vincent got a job in a book shop in Dordrecht.
Unfortunately, the feds got the nod, and it was raided a few weeks later.
Without money and a place to kip, Vincent moved to Brussels where he became a pavement artist. He drew many famous faces; among them, the noted artist, Willem Roelofs. Roelofs suggested Vincent attend the Royal Academy. So he did.

After a few weeks, he copped a dose of gonorrhea off of a young lady and went into hospital.
In 1886, Vincent moved to Paris;  it was here, that he would finally become an artist.
Vincent painted; “The Blooming Plumtree” He put it outside his lodgings.
A man approached and asked if it was for sale. Vincent replied: “If that painting don’t sell, I will cut me own ear off”

“Let’s hope you only paint the two pictures then mate” came the retort.

1888 was Vincent’s best year. He painted several canvases, including:  The Yellow House”, “Bedroom in Arles”, and “The Red Vineyard” Unfortunately, he found them hard to sell because he was now as mad as a hatter. One young lady refused to buy “The Blooming Plumtree” because he tried to close the deal from the bottom of a manhole dressed as Lady Carolyn Lamb. Utterly distraught, Vincent cut off his left ear and handed it over to her saying: “Keep this object like a treasure” A day later, he saw a local dog chewing it in the street. Vincent began drinking heavily, and smoking dog ends.

On the 27th of July 1870, aged 37, Vincent Van Cough shot himself in the face, although no gun was found nearby. He did not die however, somehow making it back to his residence where he was attended by two local quacks. They gave him an aspirin and told him not to go dancing for a few days. Infection set in and he died, 29 hours later.

His brother Theo, who was with him at the end, asked Vincent if he had “been taking his fucking pills” Theo said his last words were: “Can you speak up a bit please?”  Art experts are divided on the reason for this, but the consensus is that it was due to his missing ear.

This spoof was written in oils by Gary Hoadley and edited and exhibited by Clivey Dee, 19, during his blue period.

LOVING SOMEBODY “TO THE MOON AND BACK” NOT POSSIBLE SAY NASA.

SCIENCE WORLD—NASA has stunned the world of people who use the phrase: ‘I love you  to the Moon & Back’  by revealing it is not possible and very unlikely to be achieved in the future.

A spokesperson at NASA told Dafty News this morning: “You cannot love someone to the moon and back because theoretically and practically it’s just not on. You can love them dearly or unconditionally, but no-one has ever loved someone to the moon and back. This is due to a number of factors — mainly the lack of oxygen in the atmosphere and the fact that the distance between Earth and the Moon is just too vast.”

Dafty News spoke to Professor Birkensense, from The British Space Institute, who explained the difficulties involved:

“Firstly, nothing and nobody can land on the moon — no matter how much you love someone. Just because man made a fake moon landing in the 1960s doesn’t give people the right to think they can actually love someone there and then back again. It is a complete impossibility.”

Astronaut, Buzz Aldrin, who claims to have landed on the moon in the past, also lent weight to the argument, saying: “It’s not possible to love somebody to the moon and back. If I’d tried it, one of my fellow astronauts and I would have had to have taken off our space suits and would have died from lack of oxygen and would also have ended up stuck to the ceiling of the spaceship”

So there you have it. This unworldly piece was launched by my friends at Dafty News, with some truly cosmic editing by SoZ Satire.

If they haven’t gone down the pub that is

Angelically written by Gary “The Redeemer of Romford” Hoadley.

Fiendishly re-hashed and made even funnier by Clivey “The Lucifer of Leytonstone” Dee, 19.

The hall has seen many faces come and go during the past year, thank the Lord we managed to persuade The Kim Jong Un Appreciation Society to give up their vigil. The violence was a little over the top, but at least no one was arrested. This Easter we see some new faces using the hall and I hope they will be made as welcome as all our previous residents have been. Please report any abuse of the hall to my wife.

8pm to 9pm The Foreskin Biological Forum. (scalpels will be confiscated)

12pm to 2pm – Pubic Wig Weavers General Meeting. (No messing about in the bushes)

7pm to 10pm – Gay/Lesbian worm diviners. (All welcome. No Trannies)

7pm to 10pm – Dorking council estate punch up and Disco. (light refreshments, weapons, and hard drugs available at the vicarage)

Hall closed for disinfecting and cleaning.

Please make sure you book your place in the hall for next week. If you fail to turn up you will lose your deposit. I will make an exception for the Dorking Amnesiac Dance Troupe. 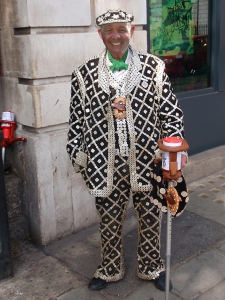 The BBC have hailed the decision to use an East End Cockney to read the local lunchtime news as an overwhelming success. Programme editors felt that the gritty accent, frequent usage of rhyming slang, and working class, down-to-earth attitude could help raise viewing figures, in what has become, an increasingly competitive market.

Mr Clivey Dee, 19, from West Ham and formerly a motor vehicle technician, was snapped up by BBC execs after he was overheard remonstrating with an Olly Murs look-alike outside Broadcasting House earlier this year

Here is a brief transcript of Mr Dee, 19, reading this afternoon’s news broadcast:

“Alright me old china plates? Nah then you mugs… in today’s church pews, a geezer that had it away with the bees an’ honey from a blag at a pedal and crank in Shoreditch last January got ten years bird in the rusty nail earlier today after pleading guilty to taking a diabolical liberty with intent. The boy was slap bang out of order in the view of the Barnaby Rudge who told him he’ll be staying in the shovel and pick until he sorts ‘isself aht”

After his first broadcast, Dee, who at 19 is the youngest newsreader in the Beeb’s history, was upbeat about his future prospects when he spoke to reporters outside Broadcasting House last night:

“I say, those chaps at the Beeb are absolute corkers! Bunty helped me with my diction, while Laura and Rupert went through my lines with me. All in all, it was an absolutely spiffing day and I can’t wait to do the next one to be jolly fair about it. Mummy will be so frightfully proud. Anyway darlings, I must dash; going to a cheese and wine at Covent Garden with Babs and Tarquin from BBC World in an hour. What larks eh?”.

BBC sources say the ratings rose by 30% when Dee was on air, with over 11 million viewers tuning in; an unprecedented high for a news-based broadcast. They are now reportedly planning to feature Pearly Kings and Queens having a knee’s up round the piano in the background during the weather report.

Edited and copied and pasted with bits of curry sauce on by Clivey “He’s just a kid!” Dee, 19.

Earlier today, Mr Albert Cress, from Bethnal Green, in East London, was found dazed and confused wandering around Roman Road Market. Paramedics were called and quickly established that Mr Cress had spent the entire day sunbathing in Weaver Fields, a popular place for vegans and people with no homes to go to.

“Mr Cress was in an awful state, he was wilted, very brown and looked terribly limp and dried up”.

It later transpired that Mr Cress had applied salad cream instead of sun cream before going out to the park.

” Evenin’ all! When you is sunbaving, an you uses der salard cream, first you ‘as to make sure, yur feet, are in wartar. Evenin’ all!”

Disclaimer: No gay people were married during the writing or editing of this skit…or if they were, they didn’t tell us about it, the sneaky buggers.